Pavel Zbožínek is stated as the organisation committee president at the website of Emil Open. During the 7th European Youth Games for the Disabled he was referred to as a sports director on many occasions by the hosts. 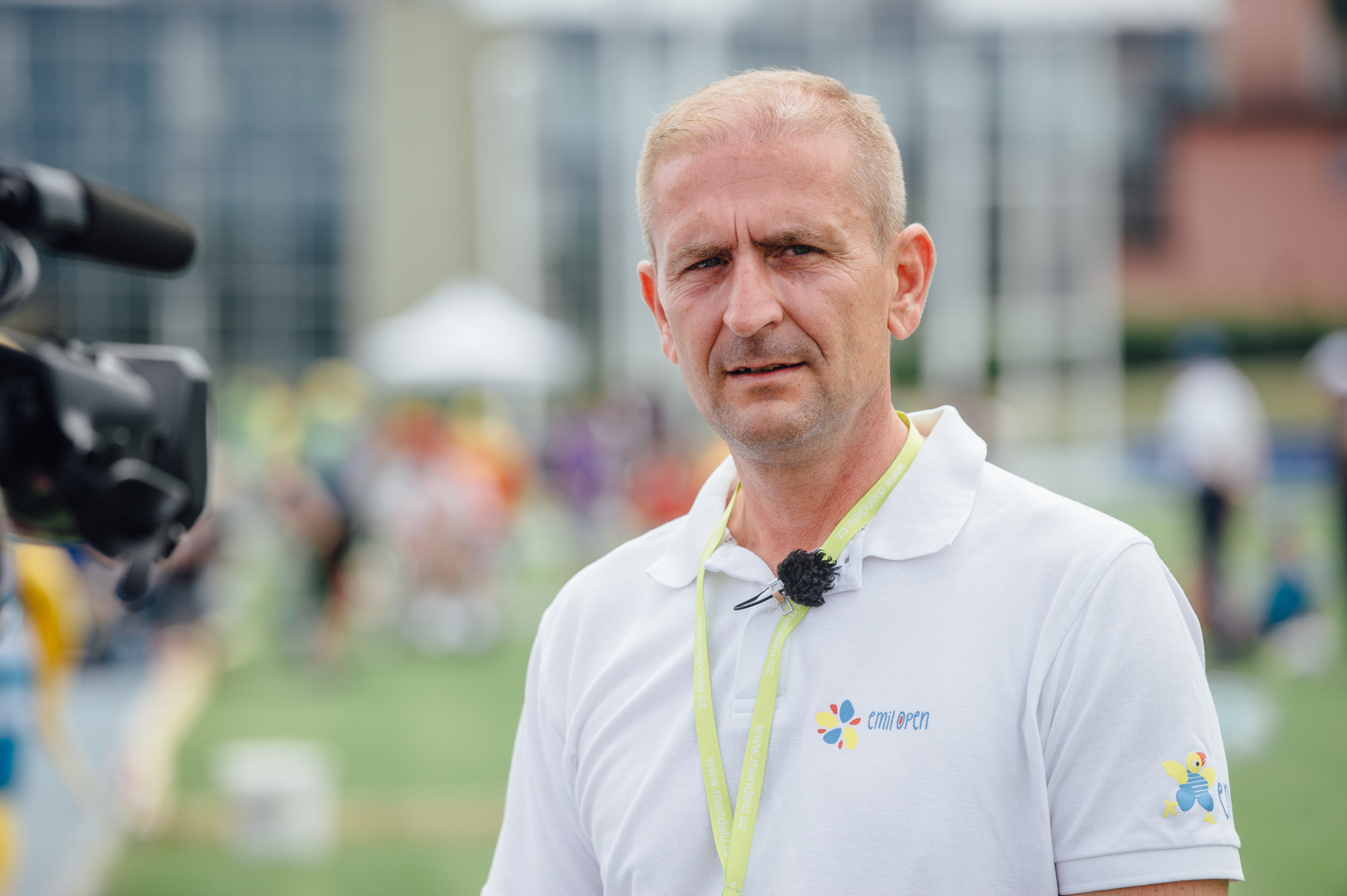 What was the dominant role during your work? Sport director or president?
I have to explain. I have started to work with the Emil Foundation in 2016 during the World Youth Games for the Disabled in Prague. We met there for the first time. So I am doing these sporting events for Emil as a head of the projects. During those few days when the event is taking place, I am the organisation committee president.

How was this year?
On the one hand it was sad, because we had to decline many children because of the cuts in budget. It makes us feel bad, especially because of the mentally disabled, because they are looking forward to going to Brno since January and in May they find out they are not going anywhere. I am sad about it, and i tis not only me. We dropped to almost half of last year’s number of participants, which is sad, and it leaves a weird aftertaste. On the other hand, we are happy everything went smoothly. There were not as many accompanying events in the city centre, or meetings with the partners and city and region representatives. It did not happen this year, so I was able to be at the sporting sites, I enjoyed more time among the athletes.

There were five sports at Emil Open. Is it going to be the same five sports at the Games next year and in the years to come, or are you thinking about adding more?
One thing is clear, there are no team sports at Emil Open, we focus only on individual ones. We would like to add more sports to the portfolio, but there is the financial side of things. We already planned to add some aesthetic coordination sport or activity this year, but were remained with the five we had. How is the saying? You buy one house in Prague for this money, in Brno you buy two…

What does the future look like for Emil Open?
This event has a future for sure. I do not know about any other event that would attract so many young people who are starting to do sports despite their disability. That is the uniqueness of Emil Open. We would like to broaden the awareness about this event in whole Europe, so even more countries and athletes would be coming. We are already thinking about the 8th year and soon the preparations will begin.