Pavel Zbožínek: Disabled athletes deserve the support of the audience

Today, we have an interview with the European Youth Games for the Disabled organisation committee president for you. Pavel Zbožínek has started his project collaboration with the Emil Foundation in 2016, when he was the head of the team organising the IWAS U23 World Games Prague 2016. After his return to Brno, he helped to re-establish the tradition of the European Games. Thanks to that, Emil Open followed the European sporting-social event for the disabled youth by its 6th year, and with a new concept. As Pavel says, Emil is his heart issue and the most beautiful project he has been ever involved in.  Shortly before the 7th year of the Games, we asked Pavel about how the preparations are going.

How are the preparations going two weeks before the start?

They are in the final stage. The participants know where they will be accommodated, we know who, when and how is coming. So we are planning logistics of the transport, we have already prepared the starting lists, and there is the last pre-event meeting with the sports directors ahead of us. We are finishing the accompanying programme, communicate with the volunteers, we will be preparing the sites shortly before the event. Everything goes as it is supposed to.

How is the cooperation with the city and regional offices going? What is their support?

The cooperation with the South Moravian region and the City of Brno is essential for us. Without their financial support there would be no Emil Open. I would like to mention also the city district Brno-Střed which is also supporting us long-term. It is not only about financial support. Having the auspices and personal participation of these municipality representatives brings the needed seriousness of this event, as well as the participants bring the needed attention. The effort to take part and willingness to help that we feel is also important to us. We wish it will be the same in the years to come.

How did you provide the transport and accommodation for the participants?

Both are provided thanks to our partnerships. The concept of Emil Open is, besides others, based on the willingness to provide participation for everyone who is interested. The sad fact is that the barrier for most of the athletes is not their disability but finances. That is why one of our goals is not to put burden the participants financially. And thanks to various partners, it is possible even though not as much as we wish right now.

In particular, thanks to the Czech Railways participants are coming to Brno for free, thanks to the Public Transport Office of Brno the logistics of commuting in the city will not be a problem. And last but not least, thanks to the universities in Brno we can accommodate the athletes in dormitories and provide the meals in student’s canteens. Masaryk University, Brno University of Technology, Mendel University, and the University of Defence are all participating in smooth progress of the games by putting their bit into them. Simply said, another part without which the games would not happen.

How big is the team preparing Emil Open?

I will be specific again. This year we managed to make an amazing team, and I would like to thank them this way already. Some team members are cooperating with us long-term, some of them are new and so they bring new ideas into the preparations.

Actually those are two teams cooperating closely and complementing one another.

The first one is organisational and consists of 8 members. The main one is Veronika Kuchtová, the vice-president of Emil Open, she is actually directing everything and if she would not be living in Spain, I am sure she would already be in my position. Then, there are amazing Petra Bielaková, Kateřina Němcová and Natálie Bilová, who are in charge of transport, accommodation, and meals, but also many other things and they are dealing with it perfectly. Another great part of the team are Petra Šmídová and Tomáš Rataj, who are in charge of the volunteers, and with Kateřina Králová they are also in charge of accompanying programme and the programme for participants besides the sporting part of Emil Open. Thanks to them and the partnerships they established, the children can visit ZOO in Brno, they can go to VIDA, various exhibitions, plays, and much more, for free.

The second team is in charge of the sporting part of Emil Open. The guarantee of this part is the Faculty of Sports Studies of Masaryk University. Under the supervision of Professor Hana Válková there are 5 sporting directors in the team: Petr Kotyza – athletics, Petr Vajda – swimming, Irena Ráčková – boccia, Alena Skotáková – bocce, and Ashley Harris – golf. Each of them is a guarantee of well-prepared competitions.

I cannot forget to mention external colleagues, for example ShopUp s.r.o., which is taking care of our website and the registration system for the participants, without which it would be impossible, or the amazing team from NDC s.r.o., which is our IT partner and provides the IT equipment and service for us during the event. 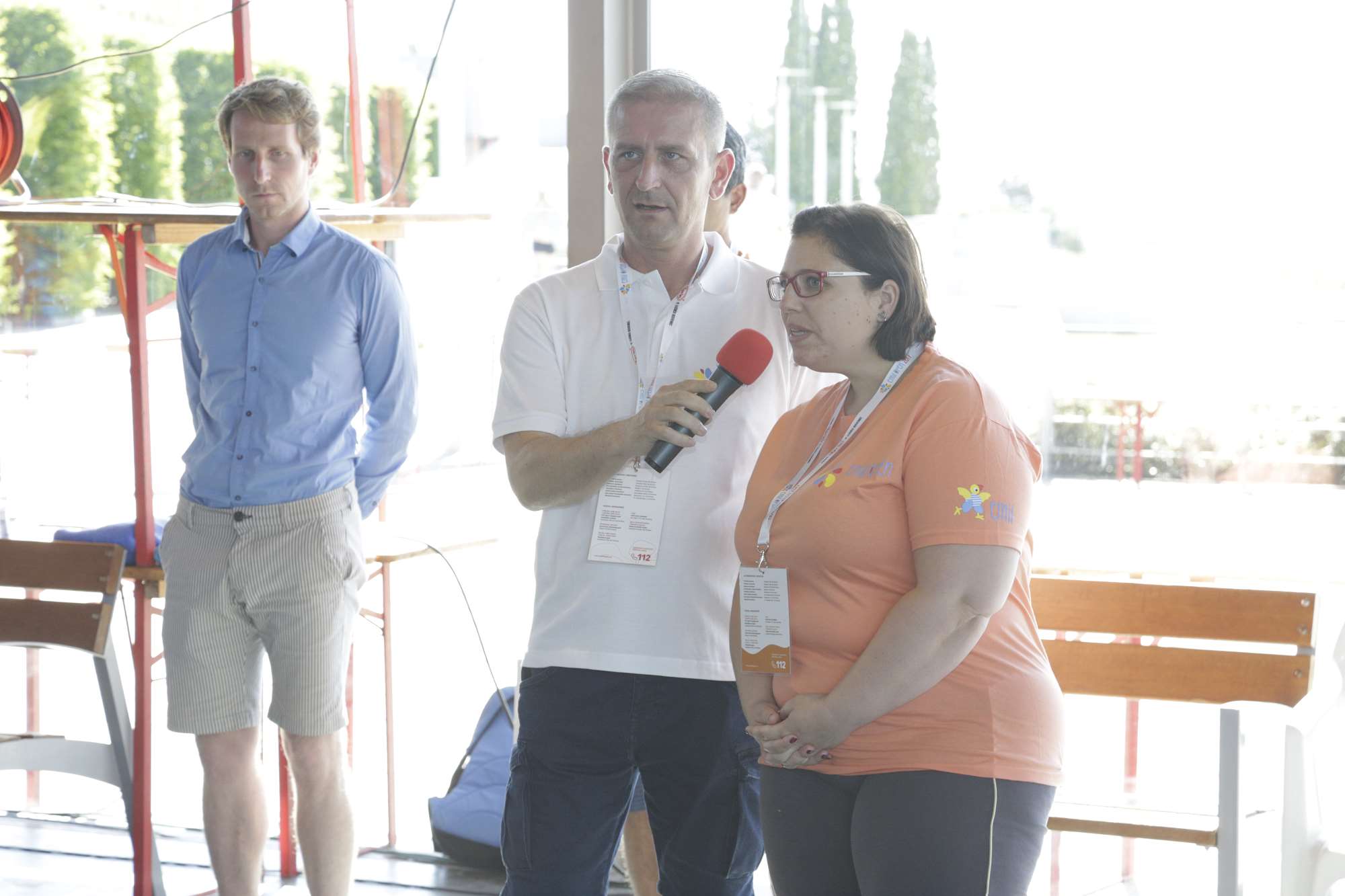 How many applications do you have now and from how many European countries? What can the visitors be looking forward to?

I would divide the answer into two parts – first, how many athletes would like to come, and second, how many can really come.

We got a record number of applications this year. We moved the limit up by 200 participants compared to last year, to 917 participants, and two more European countries, which makes it 18 countries altogether. We are of course extremely happy about that and increasing interest in Emil Open is pushing us forward.

Unfortunately, in the Czech Republic, we have no system support of sporting activities for the disabled youth athletes, and, after loss of one supporter, we had to put a limit of athletes for each country and each region. We are sorry that event that is able to bring together so many young athletes nowadays and make so many countries participate has to have some limitations.

And what can the visitors of the games be looking forward to? Making the sports for the disabled more visible is one of the goals of Emil Open. To show their abilities, to join the public as well, is a good chance to tear down the barriers and show what heroes the disabled athletes are. They do not need our sorrow, they need our support.

Financial problems however affected also accompanying programme so everything will be taking place only on the sporting sites and within official programme sports, including the opening and closing ceremony. I am afraid that involvement of the public, unlike during the programme on the Liberty Square, will be minimal this time.

In spite of this all, we are at a full blast and we want to prepare an unforgettable experience for the participants. There will be many famous people and ambassadors coming to the stadium, there will be many performances of our partner organisations, concert of Dušan Vitázek, and much more. Simply, we are going to enjoy it!

Why should the visitors come to support the young athletes?

The answer is simple and clear. Because they deserve it. They deserve it for their efforts and  their will to overcome their disability, they deserve it for their amazing performance. And we want to provide them the right atmosphere of international games with everything that comes with it, with full stands and huge applause. And for this, the visitors will get a great reward. What reward? You will see on the faces of athletes once you ch